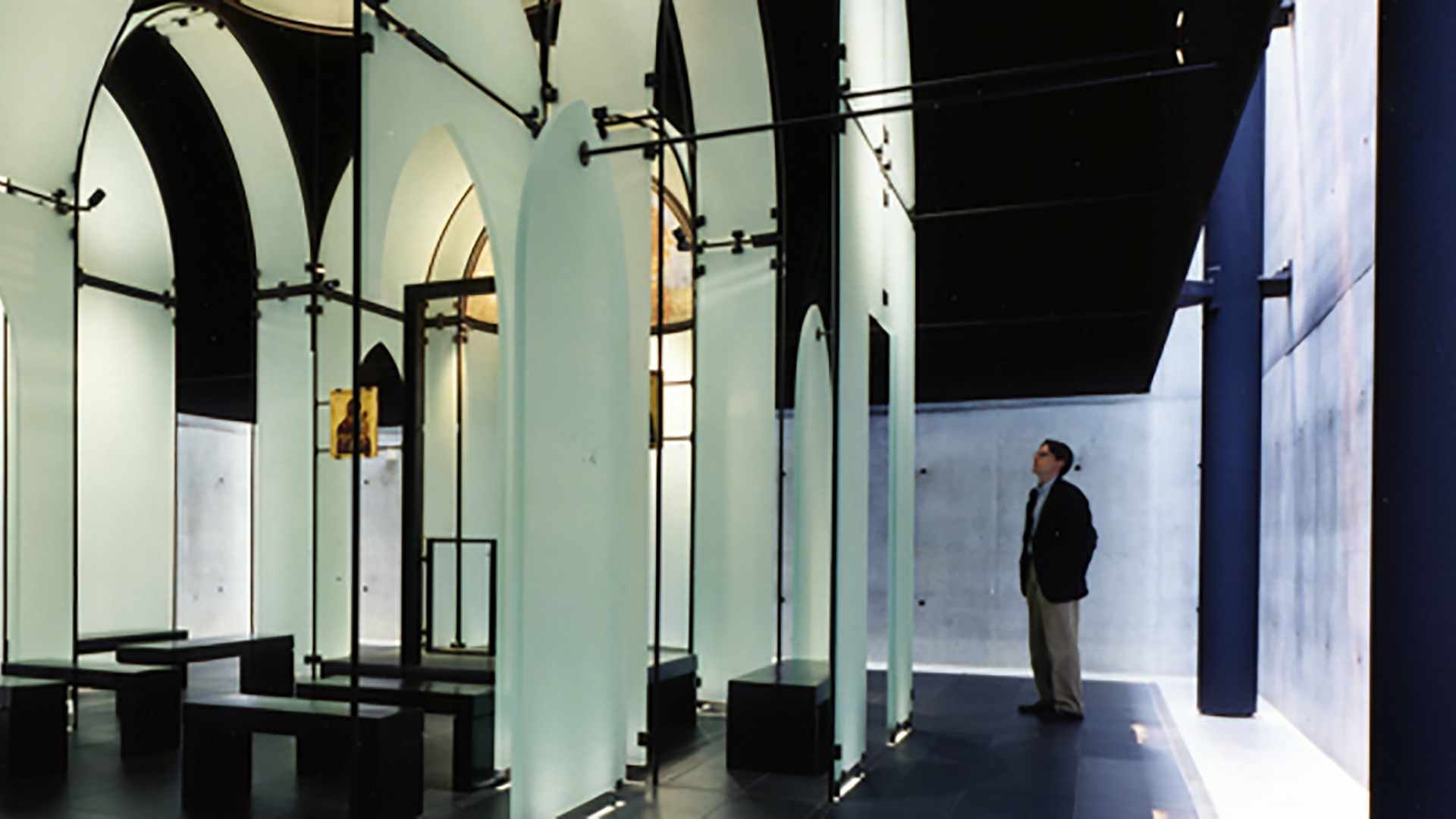 The Byznatine Fresco Chapel is a part of the Menil Collection in Houston, Texas. From February 1997 to February 2012, it displayed the only intact Byzantine frescoes of this size and importance in the entire western hemisphere. The Menil Foundation built this beautiful building to specifically house the frescoes. The building featured a lobby, a reception area, a small meditation room overlooking the reflection pool, and an elevated sacristy. In 2012, the Byzantine frescoes were returned by the Menil to the Church of Cyprus, their owners, following the conclusion of a long-term loan agreement with the Greek Orthodox Church of Cyprus. 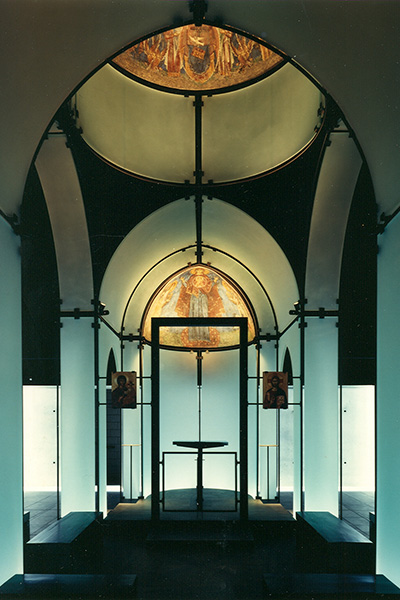 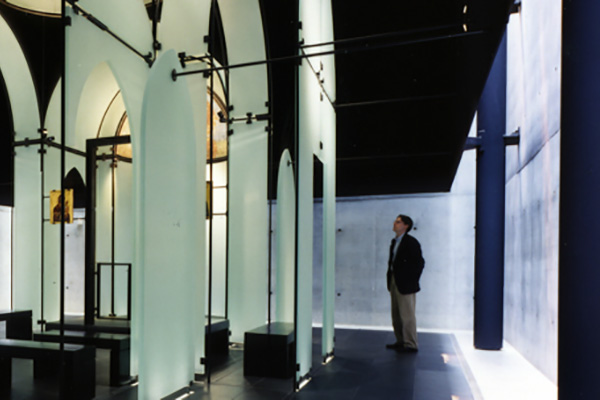 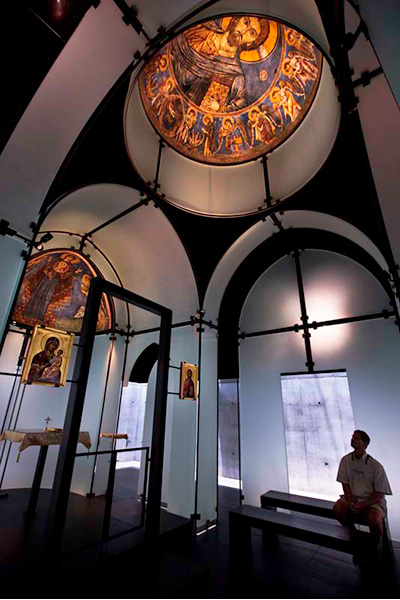