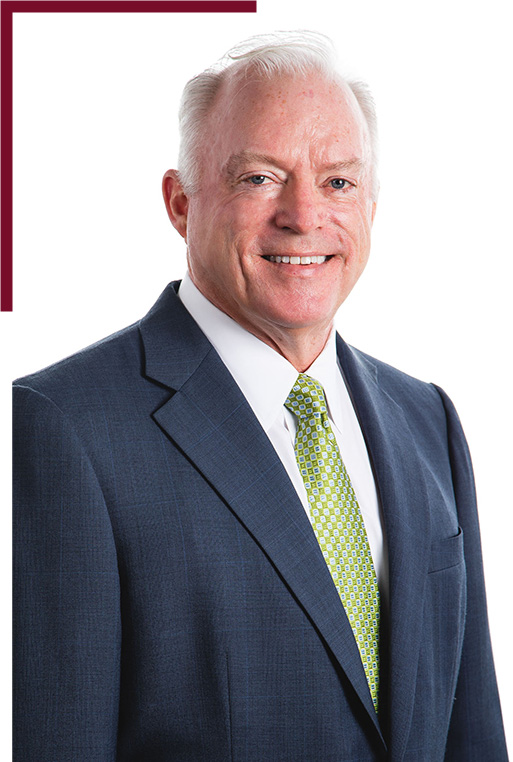 “I believe one of Bellows’ distinguishing factors is our employees’ duration of employment and the years of dedication they commit to this company. We truly become family.”

Russell followed in his father’s footsteps when he decided to join the Bellows ‘family.’ In 1981, Russell began his career working at Bellows during his college summer breaks. He started full-time after graduation and was a project manager from 1984 – 2009 when he then went on to serve as operations manager till 2012. Russell is now a Vice President on the Management Team and plays an integral role in managing the contracts, subcontracts, and legal components for all of Bellows’ projects, and much of the operational aspects of the company, including all insurance. Russell serves on the Board of Trustees for the Southwest Laborers Health and Welfare Fund, the Carpenters Apprenticeship & Training Committee, and has been involved in the Houston Chapter of the Associated General Contractors of America. He is also a company representative and a Life Member of Texas A&M’s Construction Industry Advisory Council.

When Russell isn’t busy with his numerous professional organizations he enjoys giving back to the community. Russell joined the Houston Livestock Show and Rodeo in 1990 and is a member of the Board of Directors, the General Chairman of Corral Club, and is a member of the Hold ‘em & Hit ‘em Club, a 501(c)(3) organization supporting youth and education in the greater Houston area. As if that wasn’t enough, he is also a 20+ year member of a competition BBQ cooking team and a member of a social hunting club. Russell and his father, Don Jones, established the Suzann and Don Jones ‘61 and Mary and Russell Jones ‘84 Endowed Scholarship for students in the Department of Construction Science at Texas A&M University, where Russell earned a Bachelor of Science in Building Construction and was a unit Commanding Officer in the Corps of Cadets.